For the 2nd time in a year, Coláiste Choilm Ballincollig emerged victorious, following another titanic struggle with our U19’s in the Basketball Ireland All-Ireland “A” Semi-Final.

Last March, the Cork side defeated us in the final with a closing seconds free-throw, but today there was no doubt as they closed out the final minutes 20-4 to advance to defend their title.

Despite only winning their Quarter-Final yesterday and then having to travel to Newbridge, the reigning champions settled well with two three-point throws from Darragh O’Sullivan helping them into a 16-12 lead at the end of the first quarter.  However, Patricians had Mark Dempsey (capt.) in fine form too, as he accounted for six points in that time.

Darragh O’Sullivan was to continue his scoring prowess in the second quarter, while his namesake Conor backed him up with nine points including a big three-pointer to but some light between the teams at 33-26 at the half-time break.  Stephen Crowley & Callum Sourke were prominent for Patricians throughout the quarter.

Whatever coaches Joe O’Connor and Ms Clarke said; their charges responded and took the fight to Colaiste Choilm.  Led by scoring from captain Dempsey and Sourke – who nervelessly nailed three free throws in the closing seconds – Patricians won the third quarter 19-14 and found themselves just two behind 47-45 heading into the final eight minutes.

Patricians were all guns blazing now & they hit the front for the first time, since early in the first quarter, at 50-47 after Dempsey and Niall O’Connor found the basket.  However, a Patrician break-away was intercepted and Ballincollig converted to take the lead again.  This seemed to put the brakes on the Newbridge lads momentum and the O’Sullivan’s – who scored 52 points between them – found second wind to push home their advantage and claim a flattering 68-54 victory.

The team and coaches with the Midlands Region cup won prior to Christmas. 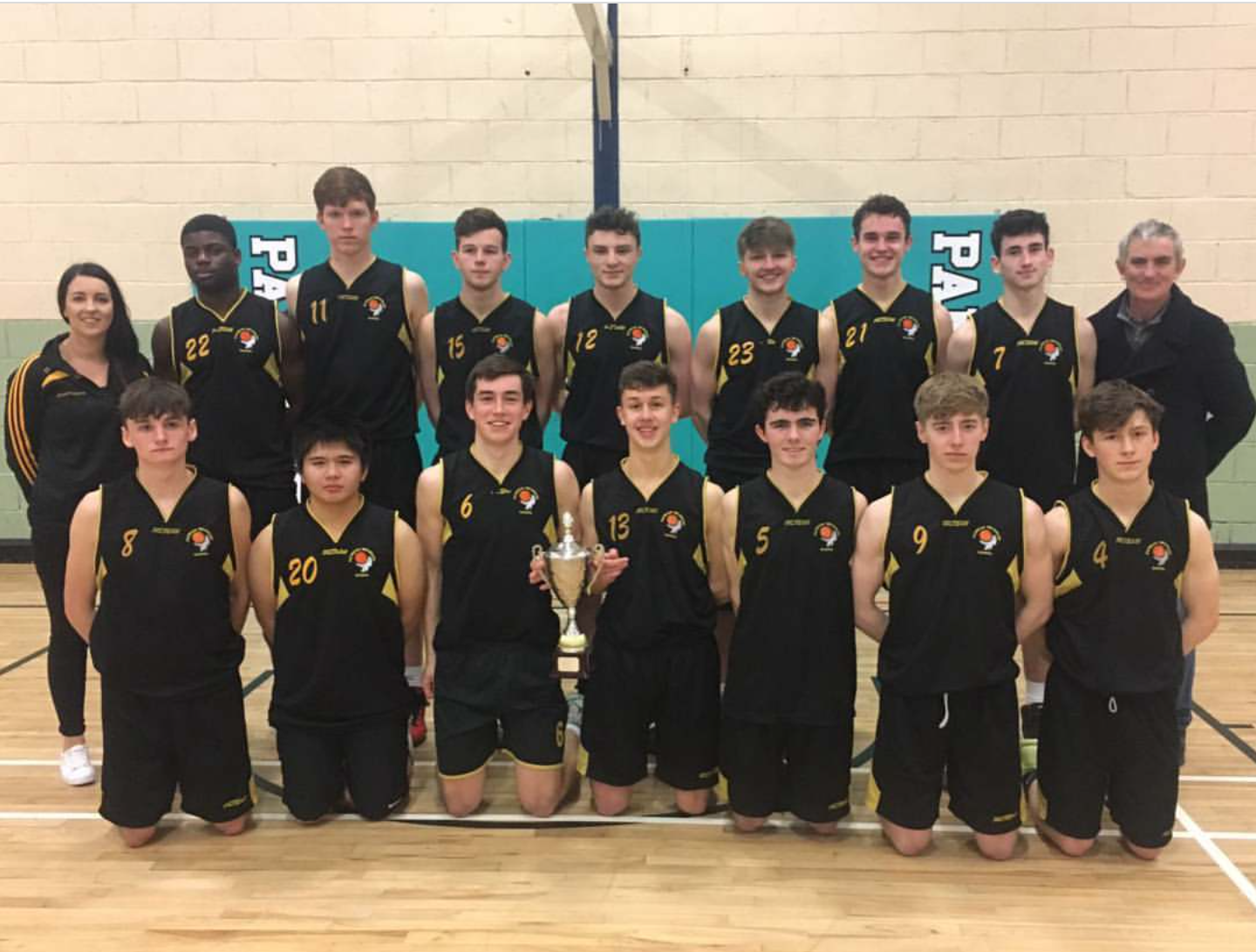