Gold came the way of LC student Jonny McKenna, when he followed up his Leinster title, with the All-Ireland Senior Pole Vault title with a 3.80m clearance. 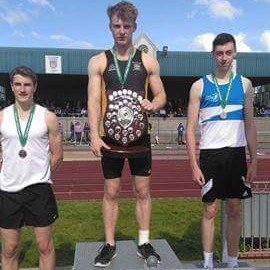 Getting the action underway at the Tullamore Harriers AC facility was Adam McInerney in the Senior 3000m Walk, when he finished with a Silver medal following a PB of 14:29.91. 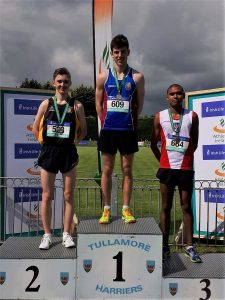 Another Silver medal was on the way to Newbridge shortly afterwards, when 1st year Alex O’Shea, competing in his first National championships, finished runner-up in the 75m Hurdles in a time of 12.14.  It’s been a phenomenal first year for Alex at this level, as he has claimed the South Leinster & Leinster titles in recent weeks. 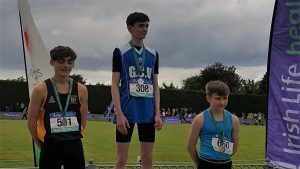 The third Silver of the afternoon was claimed by Mark Glynn in the Senior 800m.  Mark was a little unlucky to be beaten for Gold in a time of 1:57.06, after a fantastic performance.  The top 4 were only split by a matter of hundreds of a second.

Overall a fantastic day for our Athletics team.  Our Senior results saw us ranked 4th best school in All-Ireland with 23 points, tied 14th in Intermediate with 12 points and tied 11th in Minor with 7 points.